An art, design, of fashion pattern created from a morphed Jamaican Oy’Nissh Language nigréryn character that symbolizes Jamaican colour diversity amongst its citizens, though majority of the population is black and of African descent. The original nigréryn contains the colours of the national flag, black, gold, and green where black is a representation of the people. However, because of the motto “Out of Many One People”, the morph version takes into context the colour diversity and harmony of the nation. This means that, from an art, design, and fashion point of view, the original meaning of the flag remains the same while the colour variation in the character (Veeliksa) shows the diversity and multiculturalism of a nation moving as one. 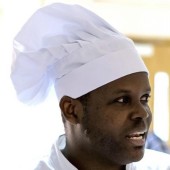